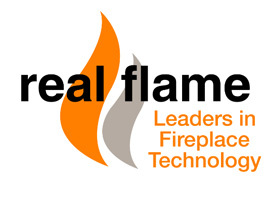 
Now in their 32nd year, Real Flame continues to strive for excellence in fireplace design.

The new Magiglo range of burners released last year are the heart of all Real Flame fires. These burners incorporate the latest in safety technology including Oxygen Depletion and Flame Failure Safeties whilst delivering the most dynamic flame pattern available today.

Also in 2014 Real Flame released a new range of Pit Fires allowing them to bring the ambience and warmth of a gas fire to the outside. This now allows the landscape architects and designers to bring another exciting aspect to their work.

The Power Flue system that was developed in 2004 enabling open fronted fires to be installed into high rise apartments, ground floors of double storey homes and many commercial applications also has evolved. Power Flue now has new features that make installing an open fronted fire even easier.

As part of their vision to lead the market in high efficiency gas fire technology Real Flame will be releasing another ground breaking product this year, bringing the range of star rated fires to eight models.

All Real Flame products are conceived, designed, researched, developed and built in Australia.